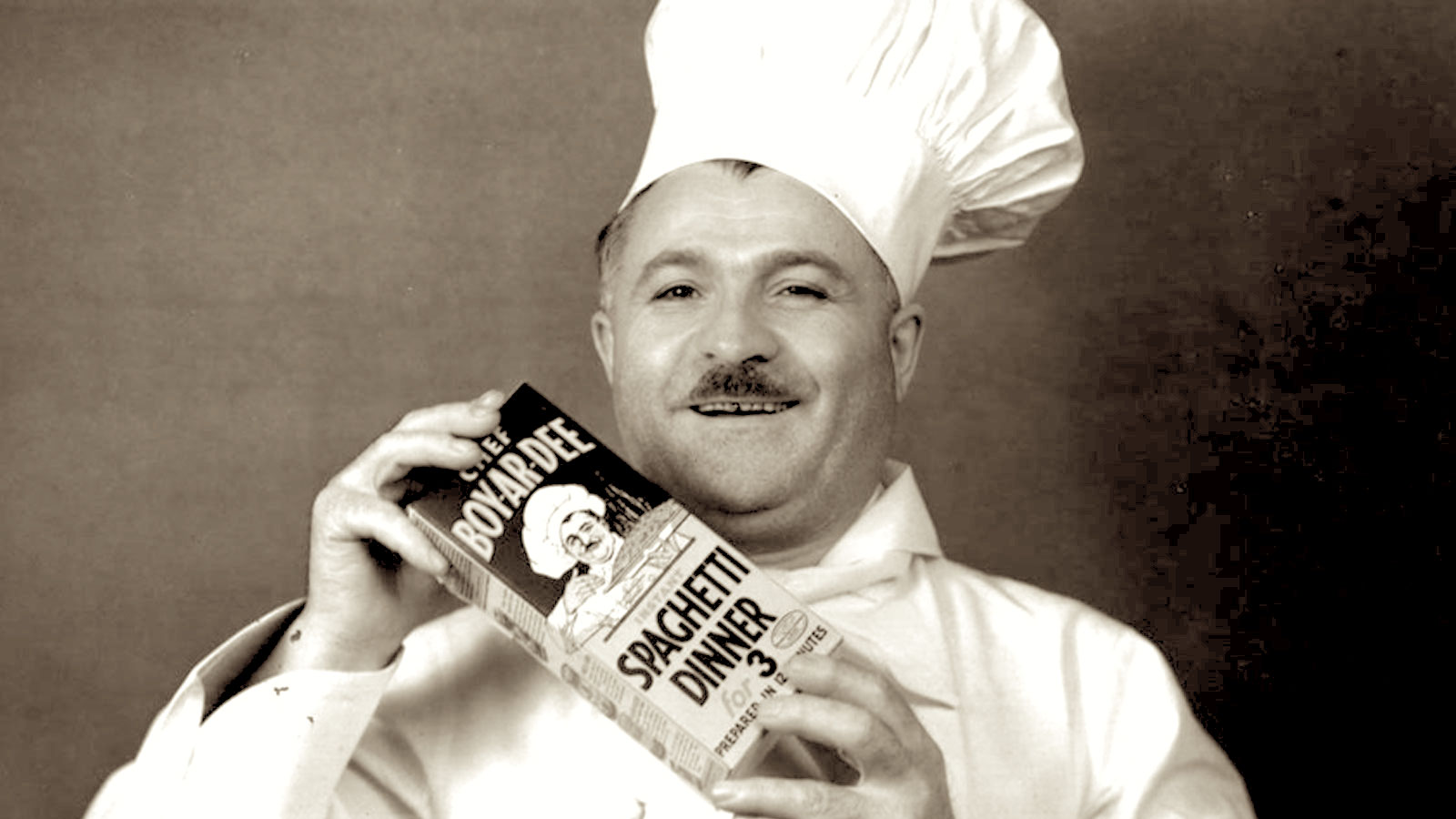 This is the story of Ettore Boiardi, who was born in Piacenza (in the very North of Emilia Romagna, close to the border with Lombardia) in 1897, and emigrated to New York when he was 16. Then he moved to Cleveland, where he worked as a chef, and succeded in opening his own restaurant, The Italian Immigrant, that became really famous.
But his story is far to be over. He started canning his homemade sauce and selling it, then he added cooked spaghetti (as Americans have never tasted “spaghetti al pomodoro” before). It was such a genius idea that, when US entered World War II, he was asked to provide food supplies for the soldiers. Eventually war ended, but Ettore (who by then everyone called Hector) continued to can “spaghetti al pomodoro” and to sell them, this time with a soldier on the label to honour the brave who went to the front.
Hector was also a smart self enterpreneur. He knew that his last name was too difficult for the Americans to say. So he went phonetic, and converted it from Boiardi to “boy-ar-dee”. And then Chef Boy-Ar-Dee went on the labels of his products and opened him the doors to Tv ads (one of the first kinds of food to be advertised on television).