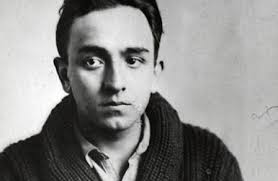 Emanuel Carnevali was born in Florence, Italy, then immigrated to US before World War I. In his poetry, he showed a vivid description of suffering. Poverty, bricks, anger, nostalgia, sunsets, workers, shadows, poor rooms. You could find the life in his poetry, and a deep fear of any kind of Wall. He became one of the most enigmatic poets in the United States. An Italian, an Italian American, and American poet in the same person. While in Chicago, he became ill with encephalitis lethargica, so he returned to Italy where he died in 1942. He was 43.